The new tax free childcare scheme that was to come into effect this September has been delayed until early 2017. It has been delayed due to childcare voucher provider companies placing a legal challenge. The new scheme will now be run  by National Savings and Investments (NS& I).
The childcare voucher company providers tried to argue the fact that by awarding the contract to go ahead it broke EU procurement law as a new tender process had not be implemented.
The childcare voucher scheme by employers will be eventually phased out and nobody will be able to join the scheme once the new tax free childcare scheme has started.

Treasury minister Damian Hinds said, ‘We are pleased that the Government’s proposals for delivering Tax-Free Childcare have been found to be clearly lawful. This Government is absolutely clear on the importance of supporting families with their childcare costs.

‘It is disappointing that some organisations involved in the existing scheme felt the need to take and persist in this costly and wasteful course of action, which has led to a delay in the launch of Tax-Free Childcare.
The new scheme is part of supporting working families, it will help towards childcare costs and enable parents to go back to work.

During the transition period employers will still be offering the childcare vouchers  through the employees salary sacrifice scheme and voucher providers will raising awareness of the new tax free childcare scheme.
‘ 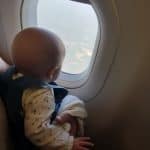