You are here: Home / Learning & Education / Should Teachers Ban Christmas Cards To Be ‘Environmentally Friendly’?

A UK primary school teacher came under fire last week over his decision to ban Christmas cards. The teacher has argued that Christmas cards which have been exchanged at schools throughout the UK for over 170 years have a massive negative impact on the environment.

A report by the Daily Mail, says that British teacher Jonathan Mason of Belton Lane Primary School is facing a lot of criticism around the world over his decision to ban Christmas cards in his classroom this year. Jonathan Mason has explained to the students and parents that Christmas cards are very harmful to the environment.

A letter was sent home to the parents of Belton Lane Primary School that told parents that concerned students had encouranged Jonathan Mason to place a restriction on the giving of christmas cards. Mason said that Christmas cards contribute to “ever-growing carbon emissions.”

I have been approached by a number of children recently who are concerned about the impact of sending Christmas cards on the environment.

Throughout the world, we send enough Christmas cards that if we placed them alongside each other, they’d cover the world’s circumference 500 times. The manufacture of Christmas cards is contributing to our ever-growing carbon emissions. So in order to be environmentally friendly in school we will not be having a post box for Christmas cards from this year onwards. Instead, can we encourage you to save money and the environment buy not sending cards to all of the children in a class individually but instead, if you want to send a card please send one card to the whole class. Teachers can then display the cards in the classroom for everyone to see.

Parents and students at the Lincolnshire school are quite upset that Mason has ruined a tradition that has been going on for over 170 years.

“I know we have to protect the environment, but these are a few Christmas cards once a year and to be told about this on a piece of paper seems contradictory,” one parent said.

What do you think about this? Should all schools ban Christmas cards? 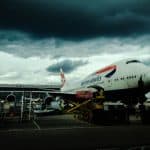 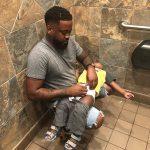